Growing up I was told to pray to God
and that God was a “He”
and that “He” was almighty
above and beyond, omnipotent

But in the tradition of the women in my roots
I found that power comes from community
the kindness and resilience merge
to create a new source of strength:
Feminine, Matriarcal

I grew up seeing my mother wearing
the skin of their oppressors
and building a legacy
for herself and my sisters, for all of us

We need to teach children how to read these signs
a literacy of self-fulfilled prophecies
a relentless hunger to go out
and breath power, hold power, share power

Because representation matters
Nakate, Ocasio-Cortez, Thunberg,
Malala, Moore, and the many more immortalized stories of womxn and queer folk that fight and conquer to reshape the world we are living

Artist: Luis Bracamontes
Title: God is a We
Medium: Poem in written format and in the form of a poem-film

To me spoken word is the bastard child between poetry and theatre. For me writing, and in this case poetry, was an outlet to start figuring out who I really was and what my true thoughts really were.

Luis says ‘I started writing when I was thirteen or fourteen years old as a way of making sense out my feelings and thoughts and ultimately my queerness’.

Luis Bracamontes is an award-winning queer feminist poet based in Rotterdam, the Netherlands whose work centers around topics such as mental health, the queer experience and safe(r) spaces.

He performs in storytelling and spoken word. He is the Creator of Unwanted Words (@UnwantedWordsProject), a platform for up and coming queer voices in spoken word and poetry, host of the Queer Poetry Nights and a member of Poetry Circle Netherlands since 2019.

He (he/him) is originally from Mexico and currently lives and works in Rotterdam, the Netherlands.

He has previously worked as a digital media producer and has worked as content builder for a range of sites and organisations. His work includes Memorial to Forgotten Sounds, presented at the NIME Conference May, 2017 in Copenhagen, Denmark, and in Ars Electronica Festival September, 2017 in Linz, Austria. ‘Time Traveling to Let You Go: 360º Interactive Queer Poem’, Honorable Mention at the TechCrunch Hackathon in San Francisco, 2018.

He has an interest in working with VR (virtual reality) and AR (augmented reality) and in using virtual reality for business. He is committed to focusing on how contemporary creators are reinterpreting storytelling for immersive media.

Luis says ‘I started writing when I was thirteen or fourteen years old as a way of making sense out my feelings and thoughts and ultimately my queerness. Growing up I felt the need to be censored in order to portray the appearance of a good boy and keep the expectations of what I was supposed to be.

For me writing, and in this case poetry, was an outlet to start figuring out who I really was and what my true thoughts really were.

When I was fifteen, sixteen I dove into theatre and that led to a six-year career in theatre and contemporary dance. The stage allowed me to get control over my voice, that was pretty limited and censored by that point. And in time I combined the theatre part of expression with the writing and that became spoken word when I was nineteen, twenty.

Spoken word was for me a way to express that inner dialogue and discourse of what I wanted and needed to put out into the world. 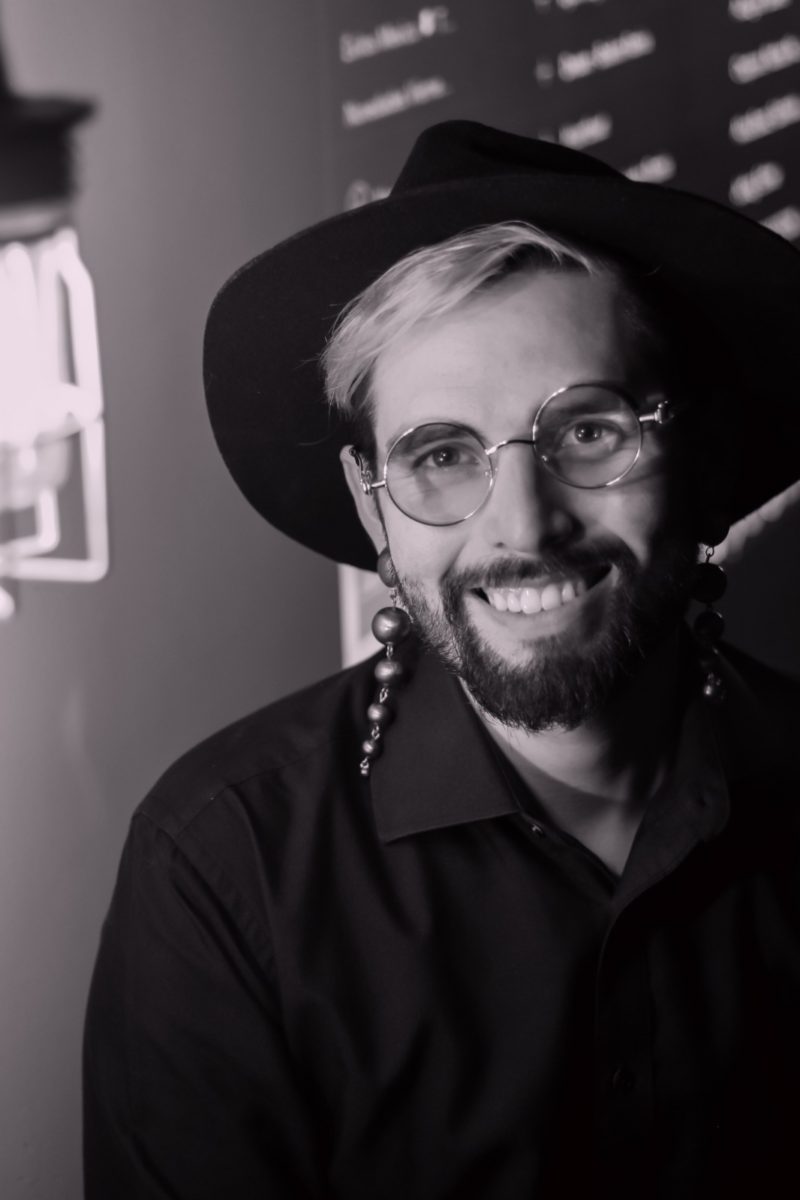