A Poem Film by Mary Moynihan 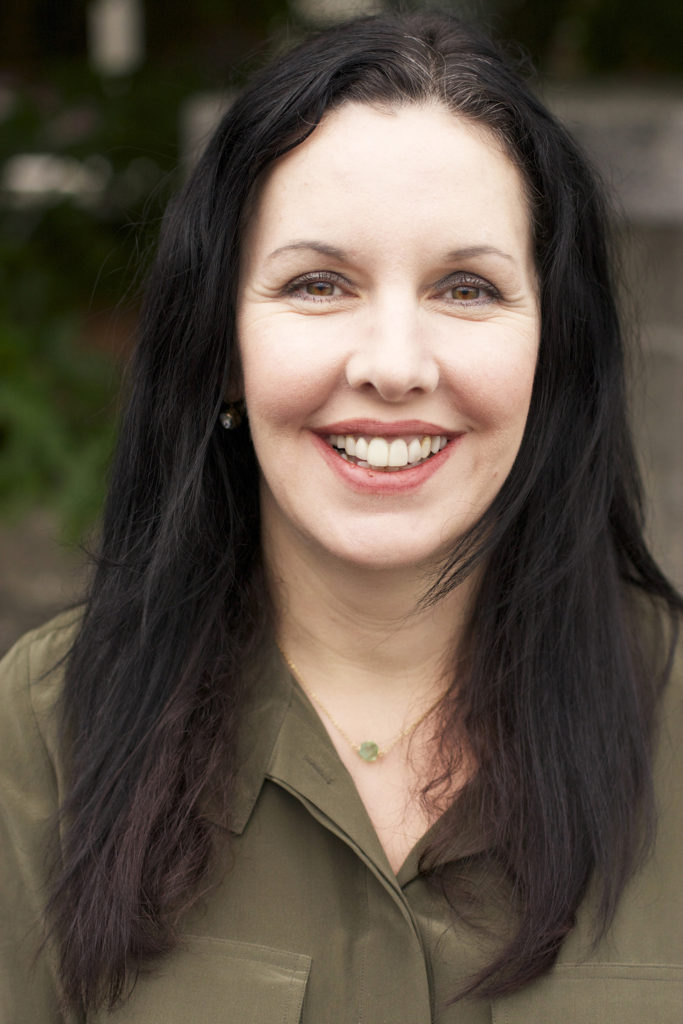 I am a collaborative artist working in inter-disciplinary arts practice. I work primarily as a writer, theatre and film-maker and in digital and installation art.

My work is based on an aesthetic response to key human rights-based issues affecting our world in the past and today. My work is informed by and emerges from intersections between the personal, social, cultural and political spheres in which we live and how they impact on the lives of ordinary people. I use my work to explore and reflect on key themes and to inspire and provoke discussion, dialogue and awareness raising.

As a writer, my work is informed by my own experiences as a woman and my creative art practice, generating alternative ways of viewing and experiencing the world that move towards a ‘people-centred’ lens, creating new synergies between ancient forces and new visions for the future.

I have a particular interest in powerful women’s stories in history. I want to find ways to bring these stories alive today within the context of contemporary art and participative practice and with a range of communities. I believe each person has a story to tell. Leading on from the stories of revolutionary change in the past, the obvious questions to ask are; what values, hopes and aspirations are being cared for and protected today?

What values are inherent in our artistic practice today and in wider society. What new frames of action can we generate through professional artistic practice combined with community-based participation, to generate self-reflection, active citizenship and a commitment to equality?

My art is creative, aesthetic and non-polemic yet challenging and provocative in order to create creative connections and new visions for a just society, in the context of a discourse and creative practice on creating shared or common aspirations towards equality, inclusion and human rights.

Behind every beautiful thing there’s been some kind of pain.

In Time is a personal response to the changing landscape of our world today. I wrote In Time after experiencing a serious form of Covid-19. Shortly after the poet was transformed into a poem film, co-directed with Mark Quinn, performed by Carla Ryan and Kwasie Boyce with original music composed and performed by Lisa McLoughlin-Gnemmi. It was a pleasure working with these amazing artists.

My work is often provoked by suffering and loss and I am drawn to the dark spaces (the darkness within darkness) perhaps as a gateway to the heart of a mystery or what is unknown, and to shine a light and find ways forward and ways of letting go.

As an artist, my influences have been the people I love, nature or the way of being and a sense of mystery. I am drawn in by historical memory, alternative narratives and what is hidden or unseen especially stories that live in liminal spaces and on the edge.

Mary Moynihan – About The ARTIST

Mary Moynihan is an award-winning writer, director, theatre and film-maker, Artistic Director of Smashing Times International Centre for the Arts and Equality, and a Theatre Lecturer at the TU Dublin Conservatoire. As Artistic Director of Smashing Times, Mary specialises in using interdisciplinary arts practice to promote human rights, peace building, gender equality and positive mental health, developing cutting edge arts-based projects with a range of organisations in Ireland, Northern Ireland and across Europe.

Award-winning projects include Acting for the Future, which uses theatre to promote positive mental health and well-being, run in partnership with the Samaritans, and the highly successful Women War and Peace, using theatre and film to promote equality and peace. As playwright, Mary’s work includes the highly acclaimed The Woman is Present: Women’s Stories of WWII co-written with Paul Kennedy, Fiona Bawn Thompson, and Féilim James; In One Breath from the award-winning Testimonies and Constance and Her Friends, selected by President Michael D. Higgins for performance at Áras an Uachtaráin for Culture Night 2016.

Credits for theatre director include The Woman is Present: Women’s Stories of WWII on Irish and international tour; A Midsummer Night’s Dream scenes for the Abbey Theatre; Uprising and Thou Shalt Not Kill at Project Arts and on national tour; and Romeo and Juliet, Samuel Beckett Theatre.

Mary’s film work includes the hour-long television documentary Stories from the Shadows, the short film Tell Them Our Names, inspired by women’s stories of WWII and selected for the London Eye International Film Festival and the Kerry Film Festival,  the creative documentary Women in an Equal Europe, a short film Courageous Women inspired by women’s stories from the 1916 to 1923 period in Irish history; and Humanity in the Ruins, a film inspired by stories of artists and activists who stood up against Fascism.

Mary is artistic curator for the Dublin Arts and Human Rights festival. The aim of the festival is to showcase and highlight the extraordinary work of human rights defenders in Ireland and around the world, past and present, and the role of the arts and artists in promoting human rights today and to create a space to share, celebrate, remember and promote the arts for human rights. We want to bring together artists, activists, communities, citizens, families and all those interested in using the arts to promote and celebrate human rights and equality for all.

Mary has an honours MA in Film Production and an honours BA in Drama and Theatre Studies from Trinity College. Mary originally trained at Focus Theatre under the direction of Deirdre O’Connell, her friend and mentor. Mary’s creative work focuses on primal, visceral and intuitive responses to vulnerability and conflict and an exploration of self and the other.

Mary is particularly proud to have been associated with the Elephant Collective and the outstanding work of Dr Jo Murphy Lawless, author and former Trinity Lecturer, who was instrumental in having legislation passed in 2019 making inquests mandatory in all cases of maternal death. Speaking in the Dáil Clare Daly TD said ‘we are here for all women whose names we do not know and for whom no inquest was ever held’. One of those women whose names were read out in the Dáil was Mary’s mother Helen Moynihan who died in 1981, aged 39. 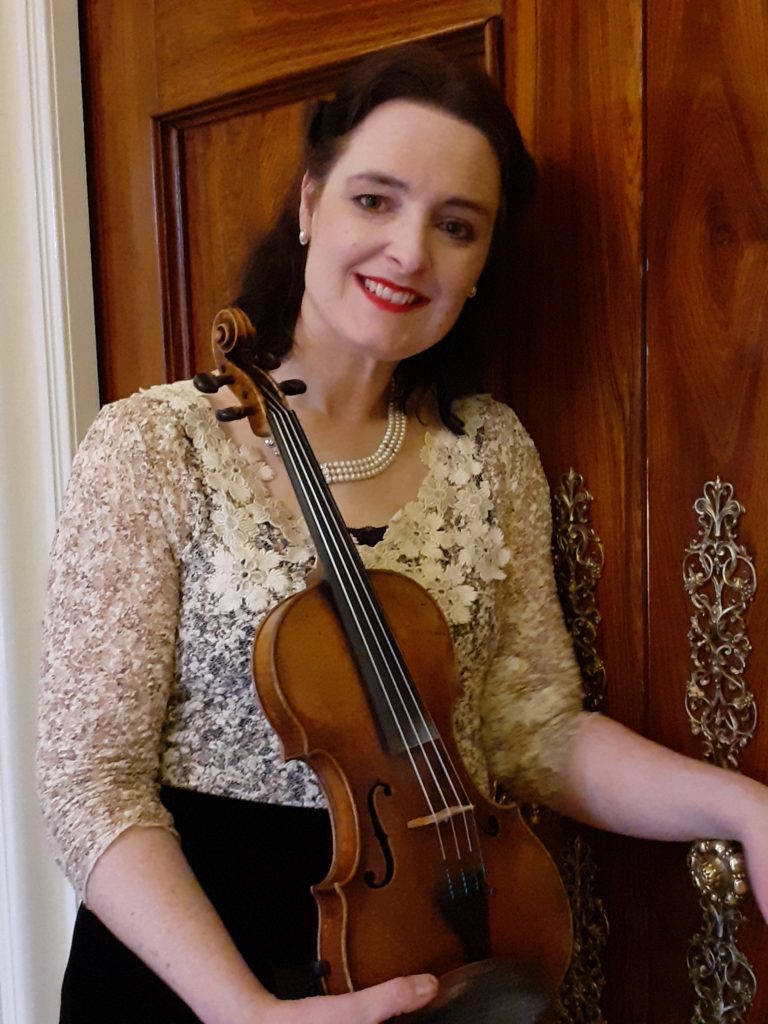 In composing the music for Mary Moynihan’s ‘In Time’, I strove to create two moods by creating two themes linked musically by a short bridge passage. The first theme is a lyrical melody in a moderate relaxed tempo in a minor key. The mood is tranquil, evoking a sense of past and nostalgia, a sense of psychological assurance of the normality of things.

Very soon after the bridge passage, a tiny motif based on the augmented second interval is introduced unexpectedly. This interval is greatly used in Eastern music, and in particular, I was inspired by Jewish incantations at a synagogue or at prayer, invoking Gods help, a cry of the human spirit. I was also inspired by plainchant heard in churches thus linking East and West and works such as Veni Creator Spiritus, in unison, a single line of melody, without accompaniment in all its beauty.

I was inspired too by the solo plainchant of Monks or Irish Sean Nos singing. Again, solo, yet beautiful in its soulfulness. This moment for the violin is quite raw, I was anxious to achieve a rich upper G string quality that emulates the human voice. It is like a human global cry, representative of all cultures of faiths or non faiths, expressing human pain and suffering through their own ethnic music in just a few notes represented by this freestyle playing with this interval.

It is expressive of the human voice in prayer, reminiscent of the soul of human beings, invoking help from above or just crying out soulfully, or internally. I was inspired by composers such as Ernest Bloch with compositions such as ‘Nigun’ as well as John Williams writing for the violin in Schindler’s list.

The second theme reflects the greater mood of the words of ‘In Time’ which is full of resignation, hope, courage and a sense of joy and looking to the future to create something new despite invocations, painful memories and loss. As well as being inspired by Hector Berlioz ‘Symphony Fantastique’ as well as the violinist Eugene Ysaye’s Solo Sonatas, I was also inspired by the solo violin sonatas of J. S. Bach, in particular, the Prelude from his E major Sonata as well as his famous Chaconne.

Here, I strove to create a simple rolling arpeggiated section embellished by contrasts of loud and soft as well as simple but beautiful harmomic progressions evocative of a renewed but peaceful hope for the future.

I had many different inspirations for this piece. I was at times inspired by Jewish incantations at a synagogue or at prayer, invoking God’s help, a cry of the human spirit. I was also inspired by plainchant heard in churches thus linking East and West and works such as Veni Creator Spiritus, in unison, a single line of melody, without accompaniment in all its beauty. I was inspired too by the solo plainchant of Monks or Irish Sean Nos singing. Again, solo, yet beautiful in its soulfulness. I was inspired by composers such as Ernest Bloch with compositions such as ‘NIgun’ as well as John Williams writing for the violin in Schindler’s list. I was also inspired by the solo violin sonatas of J. S. Bach, in particular, the Prelude from his E major Sonata as well as his famous Chaconne.

Lisa Mc Loughlin-Gnemmi – About The ARTIST

Lisa Mc Loughlin-Gnemmi is a graduate of the Royal College of Music, London where she received her B.Mus Hons degree. She is a lecturer in violin at the TU Dublin Conservatoire for Music and Drama. She gained her masters in performance at TU Dublin studying under Joanna Matkowska. She has performed with the National Symphony Orchestra of Ireland under conductors Alexander Anissimov, George Hurst and Gerhardt Markson. She also worked with Lyric Opera and The Irish Film Orchestra. She has regularly performed with the RTE Concert Orchestra.

Performances with the RTECO include a chamber music recital for the commemoration of the 1916 rising at The Irish Museum of Modern Art in the presence of An t-Uachtarán and with a group of members of the RTECO playing a new composition by Simon O’ Connor narrated by actress Olwen Fouéré. Other concerts included ‘Back to the Future’, ‘The Godfather’ with film music by Nino Rota, ‘The Music of John Williams’ film music and RTECO’s recording of the music of Steve Mc Keon for the film ‘Norm of the North’.

Lisa has performed at the Dublin Metropolis Festival, RDS and at The Button Factory, Temple Bar with DJ Kormac. Lisa has also toured France, South Africa and the US as solo violinist with Michael Flatley’s ‘Lord of the Dance’. Solo and chamber music recitals include DIT, Trinity College Dublin, The Goethe institute, UCD and The John Field Room, N.C.H. and The Galway Arts Festival.

Lisa recently performed at Dublin Castle for a production of ‘Constance and her Friends’ a play about Constance Markievicz and activists during the 1916 rising written by Mary Moynihan and performed by Smashing Times. Passionate about teaching as well as performing, Lisa gives masterclasses, prepares students for exams, recitals and Feis Ceoil competitions. Lisa is married to oboist with the National Symphony Orchestra, Sylvain Gnemmi. They have four children and live in Dublin.