The European Parliament Today and Interviews with MEPs

In this gallery we learn about the state of play in the European Parliament today, women’s role within Europe and hopes for the future as well as outlining the ways women can play a more active role in politics and society.

We can listen to interviews with eight MEPs from across Europe – from Ireland, France, the Netherlands and Germany. Listen to the interviews with both male and female MEP’s as we gain a deeper insight into what it is like to be an MEP, the challenges it brings, the opportunities and the hopes for the future.  The Eight MEP’s are Dennis de Jong, the Netherlands; Kim van Sparrentak, MEP, the Netherlands; Frances Fitzgerald, MEP, Ireland; Barry Andrews, MEP, Ireland; Salima Yenbou, MEP, France; Marie-Pierre Vedrenne, MEP, France; Len Dupont, MEP, Germany and Maria Noichl, MEP, Germany.

Finally we provide information on historical events, discoveries, and achievements across the globe that all took place or were created in 1979.

While enormous strides have been made at European and national levels in relation to women’s equality and women’s political participation, more needs to be done. To reach gender parity in elections women need to hold 50% of seats and positions of power and this level of equality has still to be achieved. Women continue to be under-represented in politics and public life in the EU and in national parliaments and governments. The percentage of women elected MEP’s in 1979 was just over 16 % and in 2019 this rose to over 41% after the 2019 European parliament election which is a huge improvement at a European level.

Progress has been achieved in recent years in the EU, as witnessed for example, by the highest employment rate ever recorded for women (64 % in 2014) and their increasing participation in economic decision-making. However, this upward trend is offset by persistent inequality in other areas such as in terms of pay and earnings, in the continued presence of gender-based violence, in a lack of full equal 50/50 political representation and in all areas of relevance to women’s lives today. Sustained action needs to continue to promote gender equality for all. 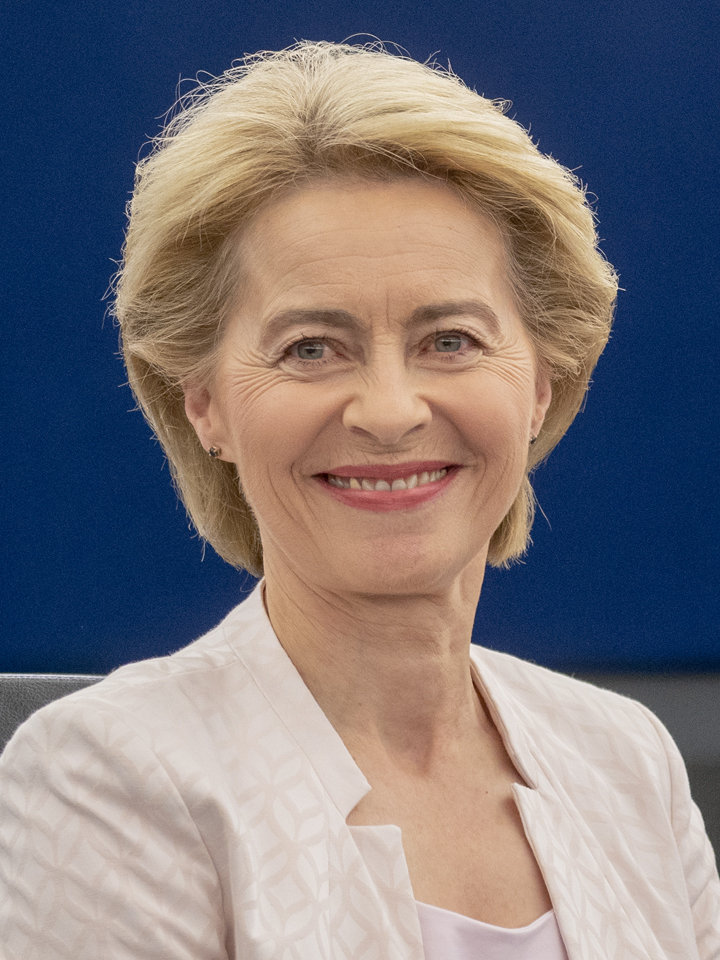 In a speech after her election she stated ‘Exactly 40 years ago, the first president of the European parliament, Simone Veil, was elected and presented her vision of a united Europe. It is thanks to you, and to all the other European icons, that I present to you today my vision of Europe. And 40 years later, it is with great pride that it is finally a woman who is the presidential candidate of the European Commission’.

She spoke about a commitment to ensuring full gender equality among the 28 commissioners of the EU commission that she presides over saying ‘If member states do not propose enough female commissioners, I will not hesitate to ask for new names’. She had declared ahead of her election in Parliament that she wanted a gender-balanced College of Commissioners and lived up to her promise. On 9 September, she presented 12 women and 14 men as commission nominees.

She also committed to establishing a pan-European guarantee of free healthcare and education for every child. Her policy priorities as European Commissioner are:

Economic decision-making continues to be the area where the EU scores the lowest in terms of gender equality and women’s representation. Men continue to dominate central banks and finance ministries. Parliament has been calling for more women in high-level posts in economic and monetary affairs. For the first time ever a women leads the European Central Bank, with Christine Lagarde appointed to the job in November 2019.

Over the years, the percentage of female MEPs has increased. Only 31 women were members from 1952 until the first elections in 1979. In the first directly-elected European Parliament representation of women stood at 15.2%. The percentage of female members has gone up with each election. Currently, it is the highest it has ever been with 40.4% of MEPs now being women. As far as the representation of women in the European Parliament goes, it is above the world average for national parliaments and above the EU average for national parliaments. However while the European parliament stands for and promotes gender equality, women continue to be under-represented in politics and public life at local, national and European level, as shown by data in a report titled Women in Politics in the EU – State of Play which can be downloaded here.

Girls and women have a right to engage in civil society, vote in elections, be elected to government office, serve on boards, and make their voices heard in any process that will ultimately affect them, their families, and their communities. Investing in girls’ and women’s right to political participation is a necessary step to achieving global gender equality and democratic governance.

The following are key actions to be taken to promote the equal participation of women in politics:

The European Institute for Gender Equality (EIGE) is an autonomous body of the European Union, based in Vilnius, Lithuania, and established to contribute to and strengthen the promotion of gender equality, including gender mainstreaming in all EU policies and the resulting national policies, and the fight against discrimination based on sex, as well as to raise EU citizens’ awareness of gender equality.
https://eige.europa.eu/