My poetry deals with themes of mental illness, nature, love, and human dignity.

‘not an art’ is an exploration of psychological pain and the true meaning of such pain, challenging misguided and harmful ideas about mental illness.

‘A poem is a place where the conditions of beyondness and withinness are made palpable.’ – Mark Strand 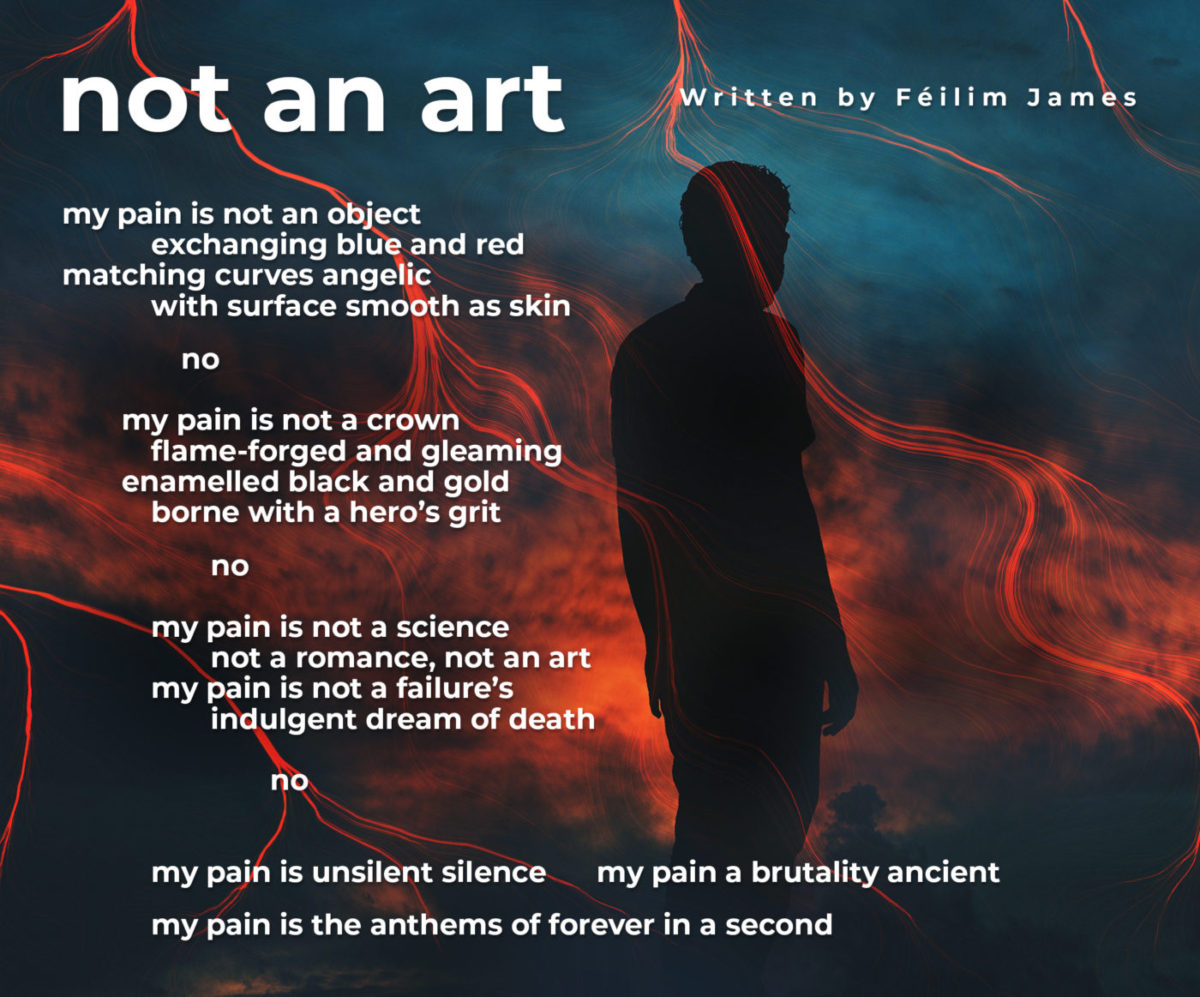 Féilim James is an up-and-coming writer from Dublin, Ireland. His poetry and prose, through both English and Irish, have earned a number of awards and publications.

A short film Féilim wrote, titled The Big No, is produced and presented by Smashing Times and was shortlisted by the IndieX Film Festival. In The Big No, a young person tells the story of their psychological unraveling and subsequent mental health crisis.

Told in the form of a voiceover monologue accompanied by compelling imagery, this poetic short film takes us on
a journey of despair, introspection, and hope. As the young person battles against panic attacks and suicidal thoughts, they are forced to face the ‘why’ of the problems head on, learning some essential truths about themselves and the world.

Féilim’s play At Summer’s End is on tour with Smashing Times as part of The Woman is Present: Women’s Stories of WWII. At Summer’s End is based on the life-story of Ettie Steinberg, an Irish woman who was murdered, along with her family, at Auschwitz.

Journals in which Féilim has appeared include The Fiction Pool, The Galway Review, Icarus, A New Ulster, Trinity Journal of Literary Translation, and Comhar. His work through Irish (under Féilim Ó Brádaigh) has won seven Oireachtas na Gaeilge literary awards.