The Netherlands had twenty-five members of the 1979 European elections of which five were women. 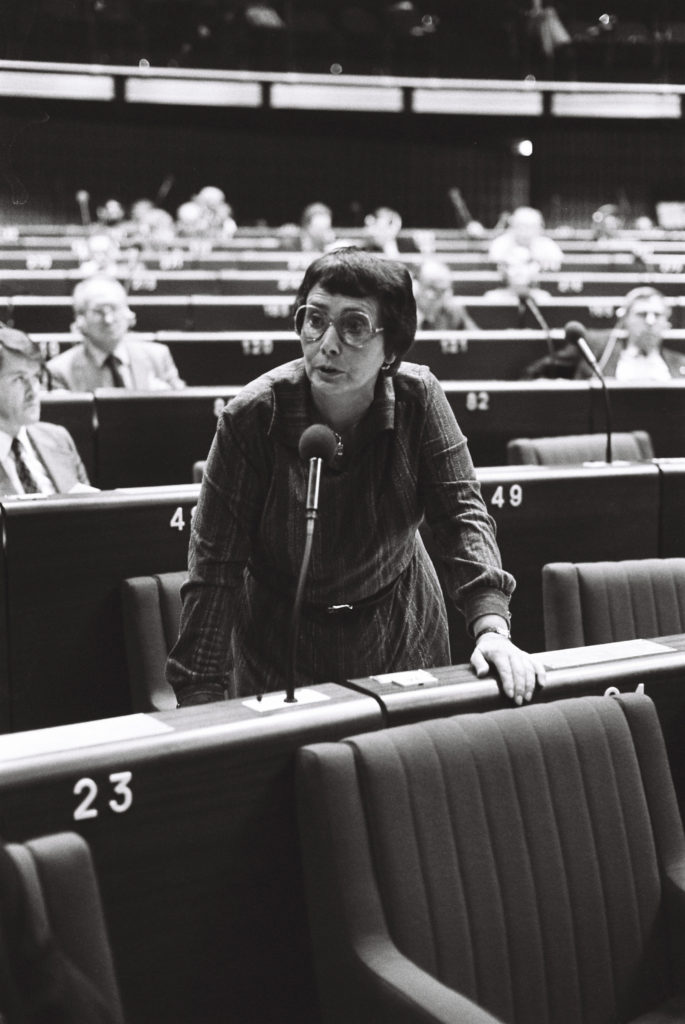 Carolina van den Heuvel-de Blank, known as Ien van den Heuvel was born August 7, 1927 in Tiel and died on October 13, 2010.  From childhood, Heuvel had an eye for power differences through her experiences with injustice during the Second World War. Finding the answer for that injustice in religion, even though her parents were not involved at any church. In the last years of the war, she made a definitive step towards Christianity by becoming active in the Vrijzinning Christian Jeugdcentrale (VCJC) and working in the youth groups of the liberal part of the Dutch reformed Church.

After the Second World War, she obtained a high secondary education diploma and worked as a secretary at trade offices in Tiel, Geldermalsen and Amsterdam. When the Labor Party (PvdA) was founded in 1946, Heuvel immediately decided to enrol as a member. In the first years her membership was quite passive. In her opinion, socialism was the political system that most affected her Christian ideas of justice and charity.

“If I were a man, I would refuse service” – Ien van den Heuvel.

Moreover, she was part of the Advertising Council in 1973 and a member of the main board of the VARA Broadcasting Association until 1975.

In 1974, Heuvel entered the Senate Group as spokeswoman for foreign affairs. She defended abortion law, a joint initiative proposal from the PvdA and the VVD. In the year of 1975, she was elected as the first female chairperson of the Labor Party.

Van den Heuvel continued her career in 1979 as a member of the European Parliament as a vice-president of the socialist group. Her goal was to produce comprehensive reports analyzing the position of Women in the European Community.

In 1982, she was part of the Research Committee on the position of women in Europe. When a committee on Women’s Rights was stablished in 1984, Van den Heuvel instantly became a member until the year of 1987.

Also, in 1987, she became a Knight of the Netherlands Lion and was chairwoman of the Interchurch Peace Council (IKV) from 1987 to 1991. Van den Heuvel was known as a pacifist of the small steps, she wanted to involve religious and non-religious pacifists in the broad peace movement.

“like people who, in their desire for relaxation, forget that things are still happening in those countries that are really wrong, especially when you look at human rights.” – Ien van den Heuvel. 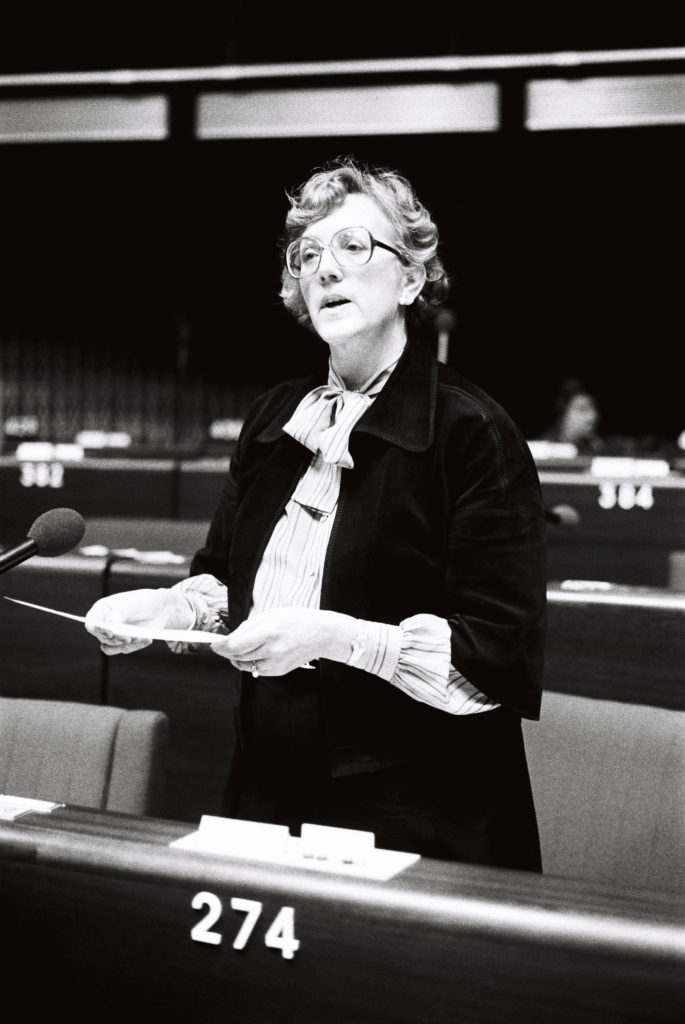 Johanna Berendina Krouwel was born on 29 June of 1928 in the city of Hengelo. Krouwel was the daughter of Jan Berend Vlam, a former member of parliament and mayor. She was a board member of the Special-Neutral in pre-school education in Hengelo in the years between 1953 and 1962. 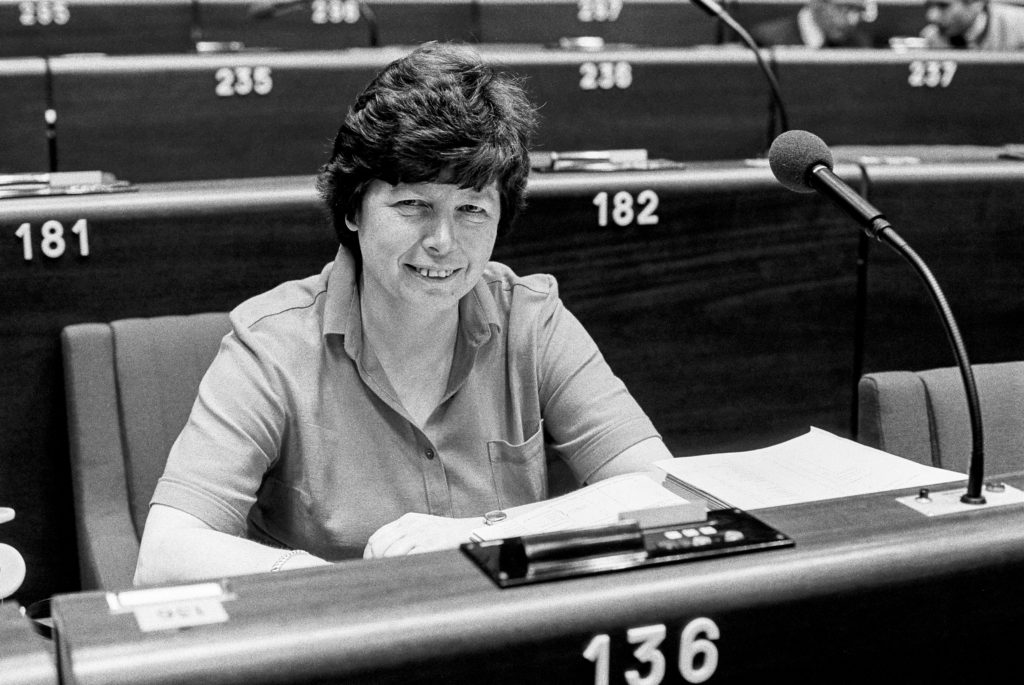 Elisabeth Cornelia Alphonsa Maria was born 2 August 1932, in Rotterdam and is a Dutch jurist and member of the Christian Democractic Appeal (CDA) party. Boot studied theology at the Catholic University of Nijmegen. After a few years, she decided to follow a different direction studying law at the National University of Utrecht and graduating in the year of 1967.

Elise Boot worked at the Europa Institute of Utrecht University, with a strong focus on economic law. In 1970 she was also part of the Salzburg Seminar in American Studies in the Austrian city of Salzbug and in 1971 she became a member of the Utrecht university executive board of law. Moreover, she also taught European Law at the University of Birmingham from 1973 until 1974. After all this experience, Boot was part of the European Parliament from 1979 until 1989 when her party decided not to make her a candidate for the European Parliament again. In 1989 trying to stay in the parliament, she joined the “God with us” party and was number five in voting. In 2003, Elise Boot joined the List Pim Fortuyn party trying to be part of the parliament for the last time. However, she did not receive enough votes to be part of it. 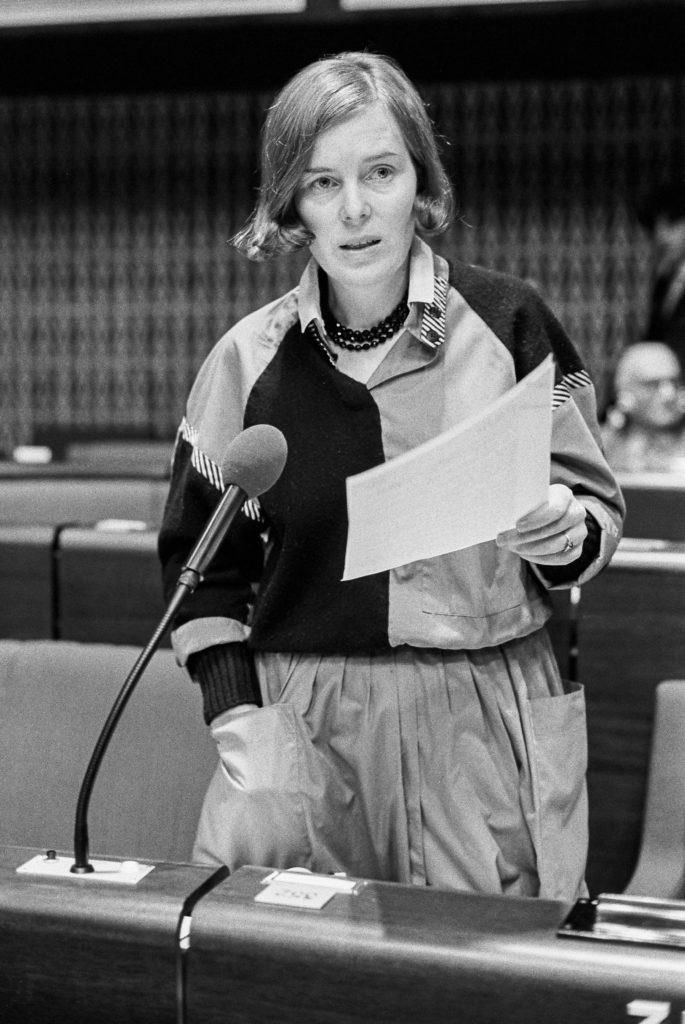 Johanna Rika Hermana known as  Hanja Maij-Weggen (1943- ) was born 29 December 1943 in Klazienaveen, a town to the southeast of Emmen in the Dutch province of Drenthe. She is a retired Dutch politician from the Christian Democratic Appeal (CDA) and a former MEP. In 1967, she started working as a healthcare teacher in Amstelveen and Apeldoorn. However, her political career only started in 1979 when she became a member of the European Parliament.

She studied in nursing from 1962 until 1965 and then studied pedagogy and history of art at the University of Amsterdam until 1971. She worked as a healthcare teacher in Amstelveen and Apeldoorn from 1967 and in 1979 she became of member of the European parliament from July 1979 to November 1989.

Weggen left the European Parliament from 1989 until 1994 in order to become Minister of Transport, Public Works and Water Management in the third cabinet of Ruud Lubbers, Prime Minister.   After four years, she returned to the Parliament in 1994 where she remained until first October 2003 when she became the Queen’s Commissioner for the province of North Brabant. She was responsible for amendments such as noise nuisance and introducing the traffic supervision rate in 1994. On 1 October 2009, she retired. She is the mother of CDA politician Hester Maij and PvdA MP Marit Maij and was also president of World Animal Protection. 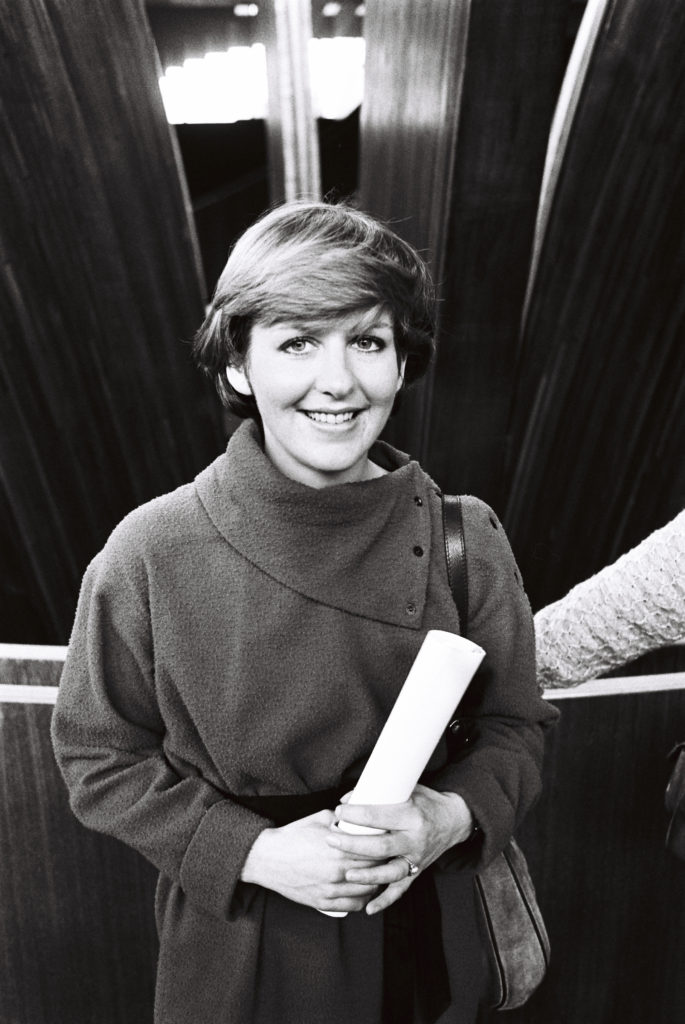 Back to Gallery 2
Next: Ireland