Luxembourg had six members of the 1979 European elections of which one was a women. This woman was: 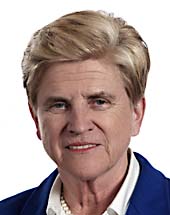 Colette Flesch was born April 16, 1937 in the city of Dudelange and is a Luxembourg politician and former fencer participated in the Individual foil events at the 1960, 1964 and 1968 Summer Olympics.  Flesch studied Political science at Wellesley College in 1960, obtaining a Bachelor of Arts degree. After it, she earned an M.A in International Affairs from the Fletcher School of Law and Diplomacy at Tufts University and also studied at The Hague Academy of International Law.

She has served in numerous political capacities, both in government and within the Democratic Party and the European Liberal Democrat and Reform Party.  Flesch worked for the European Economic Community in Brussels and was specialized in the agricultural side of the common market for 5 years. She was elected to the Chamber of Luxembourg City in December of 1968 and remained in that position until 1980.

Furthermore, Flesch was a member of the European Parliament from 1979 until 2004. Flesch became the General Secretary of the Democratic Party in 1976 and was its President from 1981 to 1989. From 1980 she was a member of Pierre Werme’s government as a minister of Foreign trade, corporation, the economy and medium enterprises and justice. From 1990 to 1999, she was the European Commission’s Director for communication, culture, sports and translation.  From 1 January 1988 to 31 December 1999, she was a city councillor for Luxembourg City, and was later an alderman.

She was also the president of the European Institute of Cultural Routes (EICR).

Back to Gallery 2
Next: UK